The web is incredibly good at connecting things. Not only do browsers connect people to content, they can connect people to machines, and even machines to other machines. In addition to HTTPS requests, modern browsers can make these connections with things like websockets, bluetooth, and even usb devices.

We decided from the beginning to build our Web-based IoT Platform on these technologies in an open way. Since PageNodes is a Progressive Web App, it can run directly on a mobile device without having to install anything from an app market.

Designing a complex IoT flow is admittedly still easier to do on a large screen. So we've made this process a bit simpler by giving you the ability log in and export flows to your account. When you're ready, log in on your mobile device and simply select the flow you'd like to import. 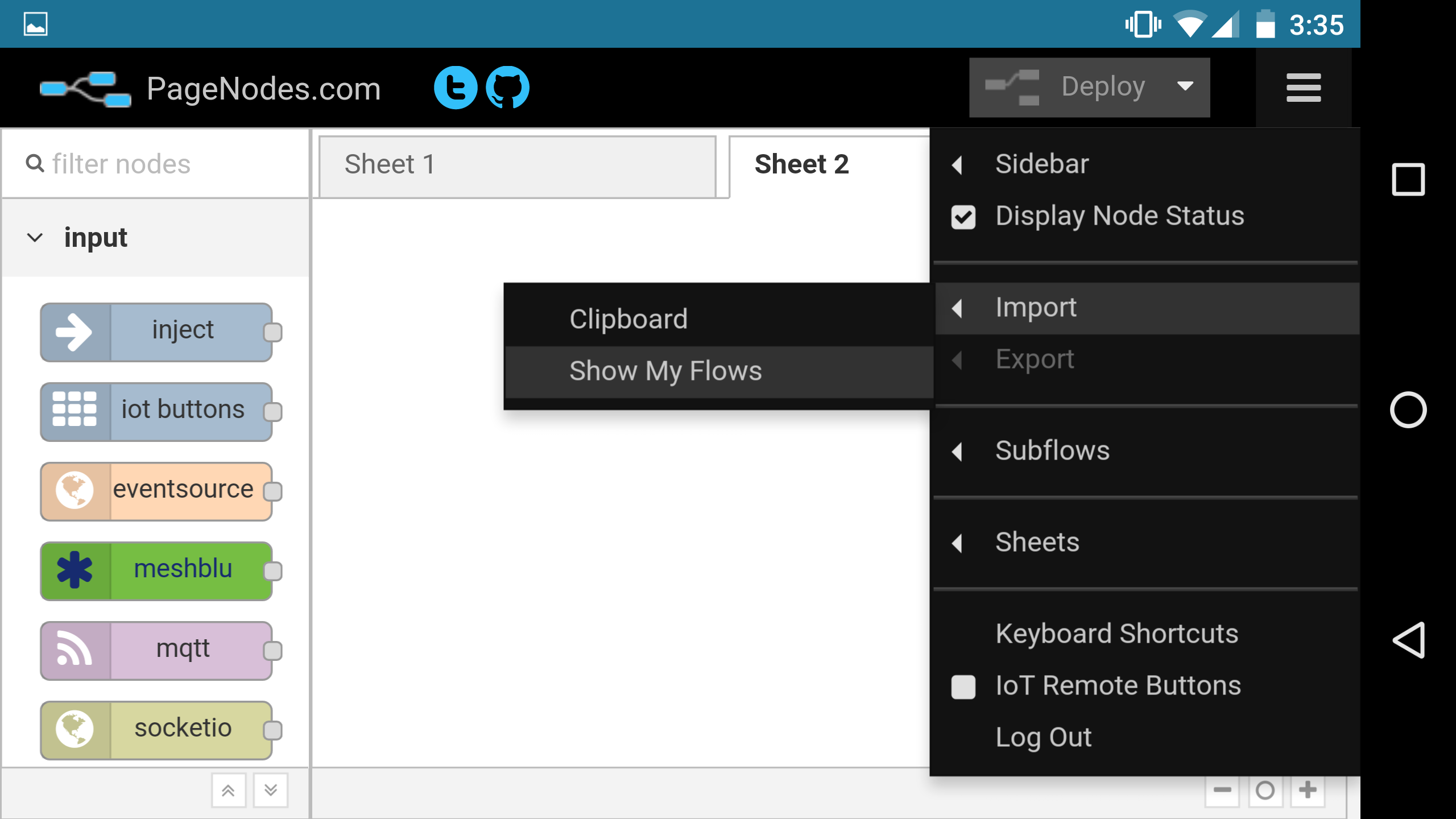 You can then run that flow locally on your mobile device.

We've added a new type of input to quickly run whatever task you can think of. Just drag an iot buttons input node to your workspace and connect anything you'd like to remote control.

The iot buttons node emits messages with a payload of the button number such as:

From the PageNodes menu, select Iot Remote Buttons and you'll be switched to this view: 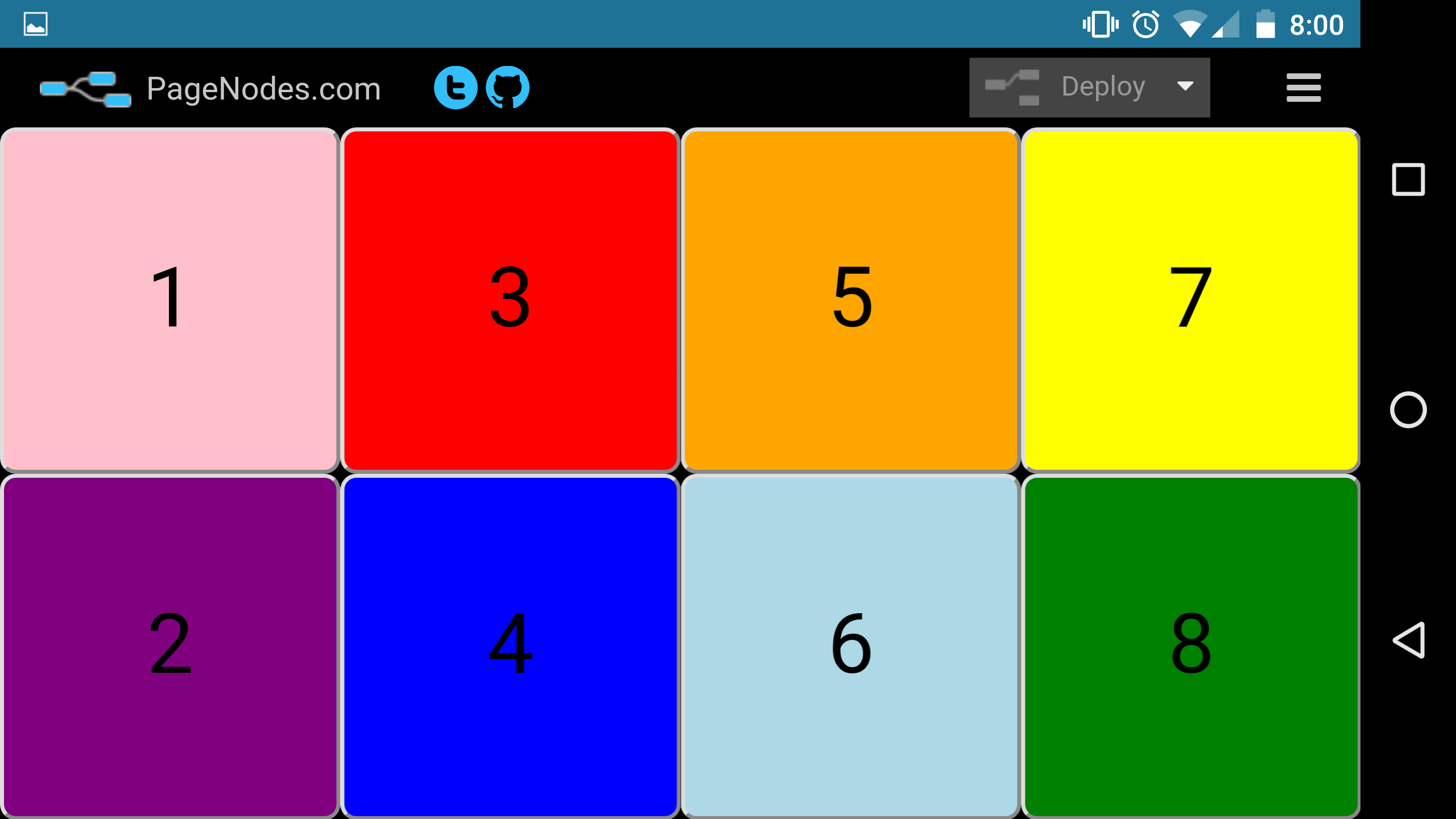 Then get to clicking buttons!

The robot in the video was created using the SumboBot Jr plans and an Adafruit Feather Huzzah microcontroller. The tv was running PageNodes using an Asus Chromebit.

PageNodes is about owning your IoT flows and running them wherever you'd like. As such feel free to use it send messages to any other IoT plaform that supports common protocols.

We'd love to hear any ideas you come up with!

Have a project we can help make awesome?